“Anna’s house is made of aluminum and two of the three rooms have a roof. Goats and sheep wander freely through the courtyard where Anna’s mother cooks over a single gas burner, squatting on an overturned powdered milk can.

An outsider could come to Anna’s home and declare her ‘poor.’

Poverty, in the west, is often defined by what a person doesn’t have.

However, Anna is not poor and doesn’t define herself as poor. She actually has thousands of dollars in the bank and a multitude of investment ideas and opportunities running through her mind. She doesn’t see the need for hot water or an air conditioner. She doesn’t need a high school education to run the several businesses she now manages or health insurance – that’s what family is for. She disdains the waste of extra clothing and laughs at the foolishness of eating different food every day.

She is content, is both socially and economically valuable in her community, and has options in front of her.

Before we declare a woman’s life, foreign from ours in almost every physical detail, ‘poor,’ we need to seek to understand that woman, her background, her place in the community, her desires, her talents. We might discover that she is not poor at all but is a thriving, active, content participant in a societal system that works, different as it may to our western eyes.

We have got to get our minds off the simplistic notion that poverty is only about money and physical possessions.

I met Anna in 2004 when she began working as a housekeeper for an American family in Djibouti. From her first weeks it was clear Anna was a hard worker, honest, faithful, and smart. When the American family left, she asked for a loan.

Anna had a business plan worked out to the smallest detail. She was going to start a cabine, or pay phone stall, next to her home. All she needed was the cash to purchase the telephone, the connection, and a counting machine. She promised to pay me back within three months.

She paid me back in six weeks and was soon making double what she had earned as a house helper.

Anna bored of sitting behind the counter monitoring phone calls and hired a young man. She scouted out a piece of property for building a small house to rent out. When that project took off, she looked into buying a boat so her brother could become a fisherman. After considering the risks involved, she changed her mind and decided to become a traveling saleswoman.

This means a woman goes to Dubai or India, fills suitcases or containers with shoes, dresses, shirts, scarves, food, perfume, and ships them to Djibouti to be sold from the home or in the market.

Before leaving on her first trip to Dubai, Anna made arrangements with an Arab shop in the market. She had never left Djibouti Town before in her life, never been on an airplane, never eaten at a restaurant. But she gathered up all her courage, got herself a passport and a visa, and stepped on the airplane.

She sold out of all she brought back from Dubai within a month.

Anna has now traveled to Dubai and India multiple times and is an innovative leader in her community. Young girls look up to her example and hard work and attempt to emulate and learn from her. Some people say she is stingy, but it is said with admiration. Anna is wise and compassionate. She is not poor.

But if a foreign aid organization had come through her neighborhood and given money to help the ‘poor,’ she may have become dependent on handouts and would never have developed the pride and joy and community honor of accomplishing all that she has on her own.

Outsiders do not have the right to label and define poverty or suffering. Let us always seek to understand and to dig deep before making assumptions.

If poverty isn’t strictly based on the externals westerners often assume: like possessions, comfort, and money, how else can poverty manifest itself?

Relational poverty is something I’ve come to understand since living abroad. There are other kinds as well, like spiritual poverty, but as a wealthy person who used to only think of poverty in terms of money, the relational aspect has been eye-opening to me.

I’m going to share a story of when I contributed to relational poverty but it is important to note that this is a kind of poverty I personally face, more than financial poverty. All of us, I believe, are poor in one way or another. As a foreigner, outsider, far from family and natural community, there are many ways I battle relational poverty. It is kind of like loneliness, but not exactly, it is much more than that. It is also a lack of societal ties, connections, local support networks, innate understanding of history, shared inside jokes and culture, and much more.

Before my language tutor started working for me:

One day her son fell into the open, coal-burning fire pit and burned his hand. Neighbors heard the screams, ran for help, and within minutes the boy was in a car zooming toward the Djiboutian hospital. Someone paid the entrance fee. Someone else paid the taxi. Someone else brought meals while he healed. Someone else watched the other children. Someone else covered her hours as a floor sweeper in her regular job.

A few months later the neighborhood Big Shot called a special, secret meeting and didn’t invite her. That night the entire neighborhood voted 100% in favor of building her a roof. People chipped in what they could afford and within six months the rooms of her home were partially covered.

She decided it might be time for electricity. The children were getting older, doing homework by lantern light harder. Djiboutian women participate in hagbads, groups of 6-8 women who put in a set amount of franc per month. Each month one of the women takes the pooled money. The specific amounts vary. With limited access to banks or savings accounts, this is a safe way to guarantee a large sum of money when needed. She joined one, faithfully put in her small bit, and then took out the windfall. With a little more help from neighbors, electricity was coming.

After she started working for me:

Her uncle died and the family needed money for the burial. “Get it from your American friend,” her brother said.

That same brother owed money to a Kenyan. “Get it from your American friend,” he said.

A different son fell off a wall at school and needed stitches. “Get the money from your American friend,” her neighbors said.

Her extended family was participating in a festival and everyone was required to bring money. She confessed that if she didn’t bring the largest amount they would declare her selfish and greedy because surely she was wealthy now that she worked (very part-time) for me.

The tutoring job was temporary but the implications of our relationship have lingered because, by simply paying her a fair local wage to do a few hours work of language tutoring, I inadvertently stripped her of community.

I’m not claiming this was entirely my fault, neither of us is innocent or saint-like and she also could have handled things differently. For example, she boasted about the job and side benefits to her family, raising their expectations. She made it sound like I paid her much higher than I did and that she worked more hours than she did. But. Still.

I contributed to relational poverty.

This is when helping hurts. This is when the outsider’s presence does more harm than good. At least in terms of financial and relational poverty.

So what am I supposed to do? I don’t know, exactly.

Should I not have hired her in the first place. Should we have had an open discussion with her family about the salary, the time frame, the job expectations? Should I have talked with her ahead of time about how she would handle the inevitable financial pressures from her family that would come? Did she expect things to turn out this way?

The story isn’t entirely depressing, she was eventually able to secure enough work that she was making more money, albeit at non-secure jobs, to make up for what she lost. Her husband also managed to find work through her connections with foreigners.

The color of our skin and our passports must be considered when we think about our presence in a foreign community.

What are the expectations? How might our presence impact local dynamics? Is what we are offering meet an actual, felt, pressing need? Are there ways we can be more creative, less visible? Are we being locally fair and honest in our dealings with people? How can we do the least harm possible and if that is still too problematic, are we willing to step out, step aside?

I still don’t know the answers to these questions. If asked, my language tutor would ultimately say she is thankful for the opportunities afforded her by our connection over a decade ago. But it matters that I interrogate how things could have gone more smoothly.” 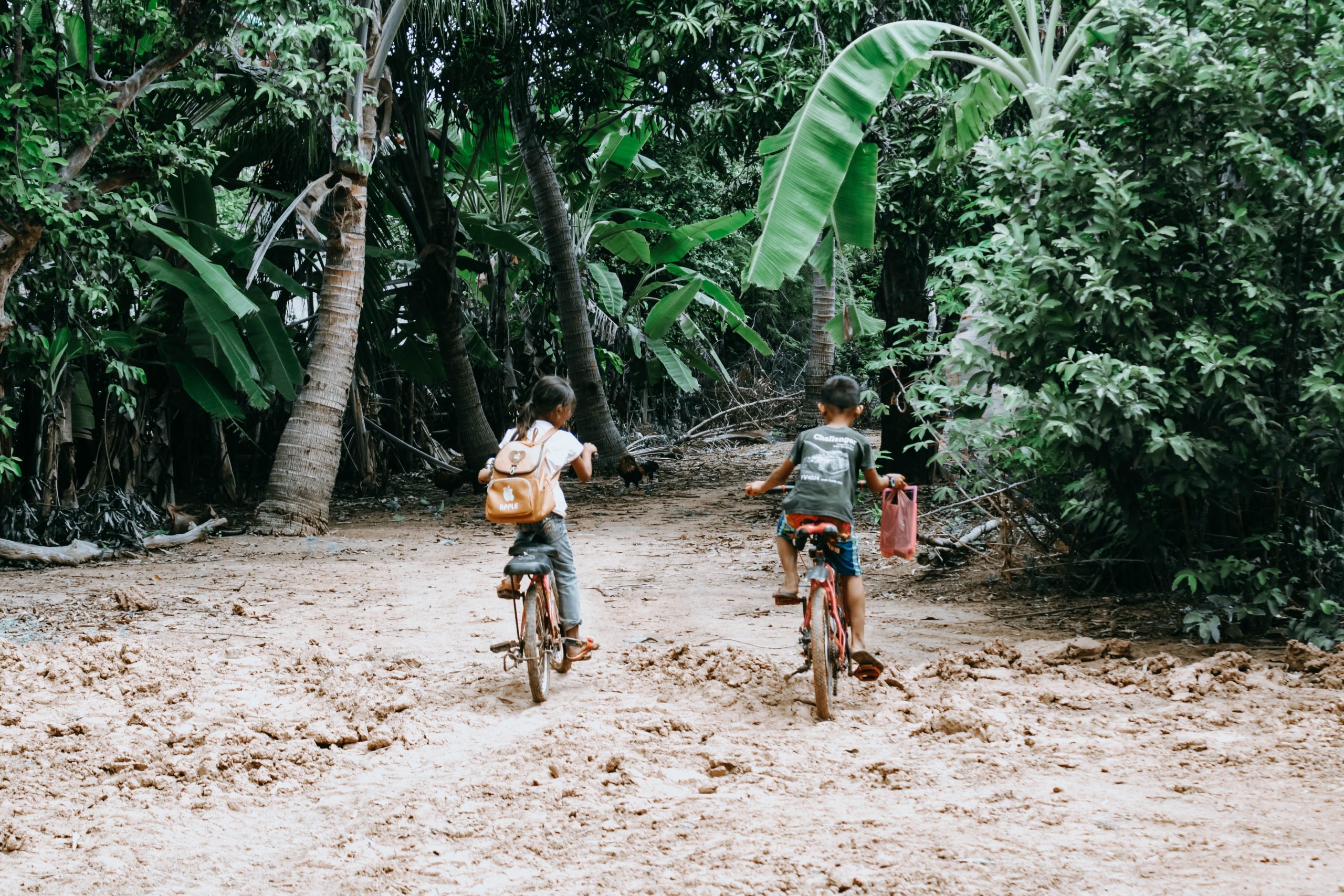 Rok Kern review: “These experiences allowed me to become the person I am today” 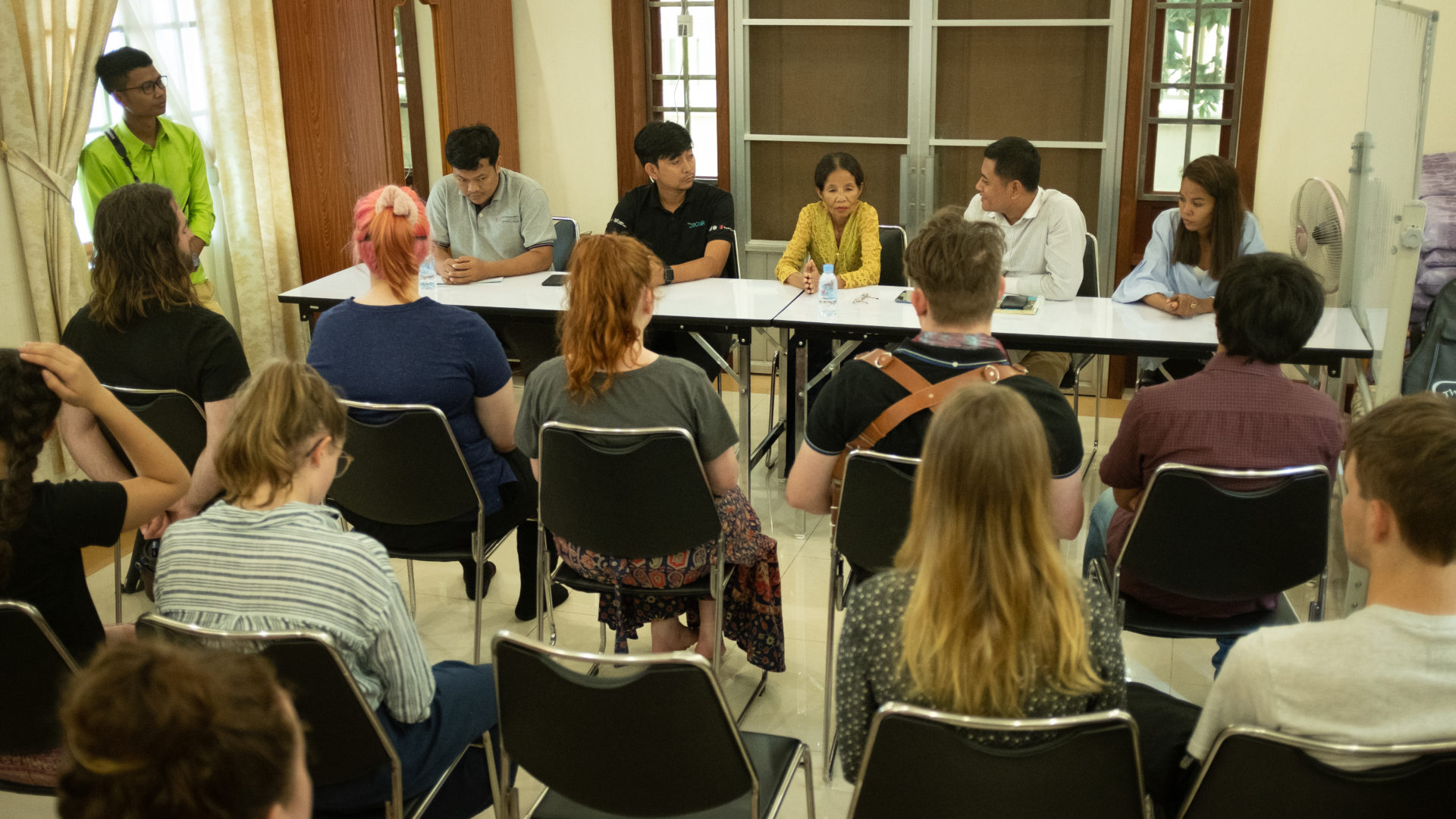 Testimonial: Acknowledging that just because we feel like we are making a difference doesn’t mean we are.